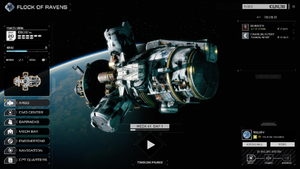 The Argo over Weldry, shortly after acquiring it. Relic is about the most gracious description.

The Argo is an ancient, two hundred year old DropShip created in the Star League era, one of just two manufactured. It crashed on the surface of a remote moon and was since claimed as a trophy by a gang of pirates under Grim Sybil. Its location was one of the most closely held secrets of House Arano. Kamea intended to use it as a symbol of the Arano Restoration, but after the Liberation of Weldry, she hands it over to you - prefering it grows and prospers under your helmsmanship, rather than be used as a gilded cage for her and others.

Your staff consists of XO Darius Oliveira, Chief Mech Tech Yang Virtanen, and Navigator Sumire Meyer, together with Lord Alexander Madeira as your Restoration liaison and Farah Murad as your "If-Argo-Breaks-Call-Me" specialist.

For a list of available upgrades, see this article.

Argo is the product of her era. Boeing Interstellar produced just two of these beauties back in 2762. They were intended to follow behind the first wave of exploratory missions, supporting multiple surveyor, terraformer, and colonizer teams on deep survey missions. She lacks the armor or maneuverability to function in battle, and she's vastly outclassed in size and firepower by even the smallest WarShips.

In summary, she's a peacetime ship meant for peacetime exploration duties, and planned with a focus on long-term orbital deployment. It was her noncombat design that ultimately led to her abandonment, but preserved her for the Restoration when the time came. With 57 000 tons of cargo space, she is essentially a mobile space station, in a sense, providing supply and temporary habitation for teams on dangerous missions in unsettled space. As such, she's far too large to land on a planet, her docking collar system allows for smaller DropShips like the Leopard to come along for the ride.

In an earlier era, she might have seen widespread usage. But the fall of the Star League and the near constant state of war we've endured since then has rendered the Argo little more than a forgotten experimental footnote in the history of DropShip production. In her own way, the Argo represents the back seat that science and exploration have taken in pursuit of military goals. 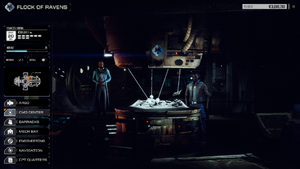 Staffed by XO Oliveira and Lord Madeira, the command center contains the contracts interface, allowing you to browse and accept contracts. 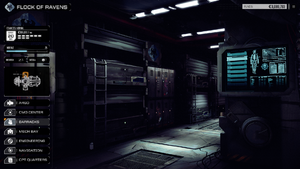 The barracks is where you can review and improve your pilots' skills (unlocking new abilities) or dismiss them. The Argo is limited to just eight bunks for MechWarriors without habitat pod upgrades and can carry a maximum of 24. 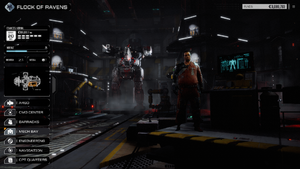 The mech bays are where the magic happens. Overseen by Chief Mech Tech Virtanen, the bays can store only six Mechs initially, but can eventually be upgraded to hold 18. 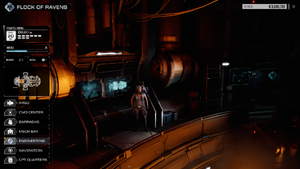 The usual haunt of Farah Murad, making sure the Argo doesn't break on the way from system to system. This is also where you purchase upgrades for the ship. 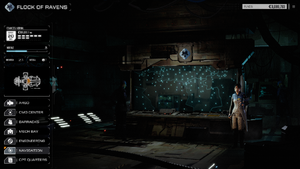 The part of the bridge with the star map (see star systems for more details) and Navigator Meyer. She can introduce the gameplay mechanics to you. 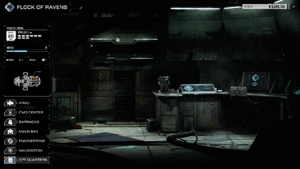 Your personal quarters, where you can customize the company (changing its name, color pattern, and insignia), review the ledger (and just how deep in trouble you are finance-wise), and review your current standing with the major factions.