SRMs are like shotguns, peppering many locations on the target mech with each blast. While they will have a harder time punching through armor than a laser or autocannon, if that armor is cracked or thin they can devastate them by blowing up internal systems. The same mass devoted to LRM launchers will give a mech the ability to strike at a great distance, although they will deal less damage overall.

All SRM shots deal above-average stability impact per hit compared to other weapons. There are three basic types of SRMs: 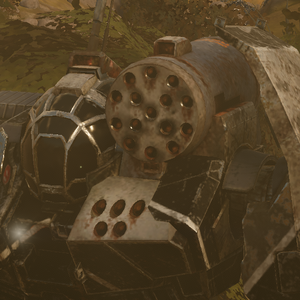 There are four kinds of missile racks, all of which are capable of indirect fire.